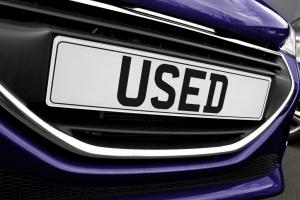 Unprecedented inflation in used car prices, doesn't seem to be slowing the demand.

An estimated 600,000 would be new car purchasers are set to turn their sights on the used car market.”
— Car Lover

BELFAST, CO. DOWN, NORTHERN IRELAND, October 22, 2021 /EINPresswire.com/ — Unprecedented could be the word used to describe the current sky-high used car prices. Those on the market currently selling their cars for more than they bought them for, just something that pre-pandemic would not have even been a thought, rather an impossibility, unless it was an antique or rarity of course.

What is responsible for the hike in prices of used cars Northern Ireland wide?

A combination of demand from consumers who are increasingly wary of getting on public transport and a major crisis in the shortage of computer chips that are fundamental for making new cars is responsible for the 6.6% per cent rise across the 900,000 cars cost study.

For a second there, it seemed like dizzying used-car prices were heading back to normal.

Nope. The ‘damage’ to the used car market and the unprecedented inflated prices don’t look to be changing anytime soon.

The price is likely to remain somewhat of an oddity for the foreseeable. An estimated 600,000 would be new car purchasers are set to turn their sights on the used car market and chaos is still ensuing in the manufacturing of chips as Covid outbreaks engulf regions of South East Asia.

This has stopped masses of production, sending the new car prices sky high and forcing buyers to the used market. One company that seems to have it all going on in the used car market is ‘Carlover’, a Northern Ireland based company that are matching consumers with the right vehicles.

Overall, the combination of fewer new vehicles being produced, car rental company’s closing throughout the numerous lockdowns and company fleet vehicles not being replaced due to the shortage of new vehicles has caused a massive change to the used car sector and as a result, the supply of used cars is now limited.

The rebalancing of the scales, the supply and demand that is has pushed used car prices up and up, and whilst being beneficial to the many selling their vehicles, has hit others hard, quite to the contrary.

Car dealers across the country, the world, in fact, are posed with the issue of finding suitable vehicles to sell. While the end to this chapter in the used car market doesn’t look to be coming anytime soon, it is the links and associations that Car Lovers have to some of Northern Ireland’s top dealerships, such as Shelbourne Motors, Bell’s Crossgar and Colin Francis Cars, that make it easy to see why this is the go-to company for used cars NI wide, providing a much needed light at this dark and difficult time for the industry.

Should you buy a used car?

A used car will be a little easier on the purse strings, there is no doubt about that. With the help of Car Lover, used cars NI wide are becoming increasingly popular due to their wide range of used cars, their professional advice, as well as the competitive pricing across a huge range of vehicles.

With all of the illogical price inflations on used cars, having a business to rely on is somewhat of a comfort. Car Lover’s reviews are both consistent and reassuring. With a showcasing of cars that span across a number of award-winning car dealers in Northern Ireland wide it is clear to see why they are growing at such an exponential rate.

If you are looking for advice on how to navigate this unknown used car terrain and want to get the best deal, Car Lover is the right place for you.