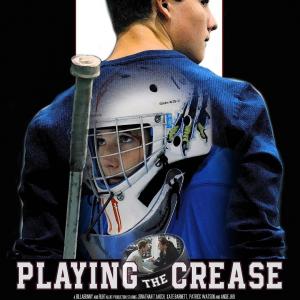 Midwestern USA Select theaters will be premiering the film “Playing The Crease” on September 24, 2021.

UNITED STATES, September 14, 2021 /EINPresswire.com/ — The film “Playing The Crease” Director, Jonathan Moch, known for “Indura and Clockmaker” plunges audiences into the action and drama of a resilient high school kid’s fight to claim his spot on the varsity hockey team after moving from Minnesota following his father’s death. In David Bastion’s desperation, he enlists the help of Mia Schaffer, a former Olympic trainer who battles to reclaim her purpose after having a debilitating stroke. Haunted by their past, they struggle to step outside their safety zones.

View the Trailer for the film at: playingthecreasemovie.com

This film debuts the talent of Jonathan T. Moch, along with veteran actors Kate Barnett known for “Never Alone”, Patrick Watson known for “Pirates of the Caribbean (Curse of the Black Pearl)

Tickets can be purchased at the following theaters:

“At some point, every person is confronted with tragedy in their life,” said executive producer Rod L Harrell of RLHTalent Productions. “They can either give up or they can overcome the obstacles set in their way. Along the way, many of us struggle keep our heads above water. ‘Playing The Crease’ is a movie that shows us that we all have in us the ability to succeed with faith and effort. Our goal is to provide a positive message of an inspirational story that will have them cheering for our main character.”

Download the full Press Kit for the film, with images and video clips at: playingthecreasemovie.com
# # #