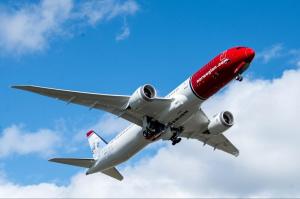 Global Commercial Aircraft Market is growing at a CAGR of 5.8% and projected to reach $209 billion by 2022, according to a new report published by Allied Market Research.The turbofan engines segment is expected to dominate the market throughout 2016 – 2022. Asia-Pacific would probably continue to lead, as it had accounted for around 40% share of the commercial aircraft market in 2014.

Request for Customization at https://www.alliedmarketresearch.com/request-for-customization/1706

The market growth is driven by various factors such as – increasing number of air passengers, improvements in commercial aviation network, development of eco-friendly and fuel-efficient aircraft, rise in tourism, and economic development. A large number of initiatives have been undertaken by governments from various countries including India, China, UK, Russia, and Brazil to improve the aviation network infrastructure such as, flexible regulations for the development of commercial aircraft, lowering the taxes, and investments in R&D. However, congestion & delay in air traffic, lack of security, and threat of terrorism tend to hinder the growth in commercial aircraft market worldwide.

In 2014, commercial aircraft with turbofan engine segment accounted for about 59% of the total market. It is expected to dictate the analysis period with a CAGR of 5.9%, owing to its eco-friendly and low-noise design. Geographically, Asia-Pacific market dominated the global commercial aircraft market in 2014. It is expected to continue its dominance with a CAGR of 6.4% due to an increase in the number of air passengers, significant growth in GDP of prominent countries in Asia-Pacific, supportive government initiatives, and a possible increase in demand for wide-body aircraft.

Interested to Procure The Data? Inquire here at https://www.alliedmarketresearch.com/purchase-enquiry/1706

Among the verticals, government sector generated the maximum revenue in the commercial aircraft market- around 56% of total revenue in 2014; and is expected to dominate the market with a CAGR of 5.1%. However, private sector may grow at a faster CAGR of 6.6% by 2022 due to lower fuel prices, increasing number of air passengers for domestic as well as international air travel, and privatization of airports.

Schedule a FREE Consultation Call with Our Analysts to Find Solution for Your Business at https://www.alliedmarketresearch.com/connect-to-analyst/1706