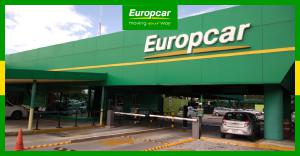 Antonio Llinas Oñate, CEO of Europcar Mexico, know how important as a company is to prepare and respond in time when alerts for natural disasters are issued

CANCUN, QUINTANA ROO, MEXICO, October 19, 2020 /EINPresswire.com/ — Antonio Llinas Oñate, CEO of Europcar Mexico, know how important as a company is to prepare and respond in time when alerts for natural disasters are issued, that beyond the value of the vehicles, the main concern is the lives of users and collaborators.

During the last hurricane Delta that hit the Yucatan Peninsula, Antonio Luis Llinas Oñate, considered important to alert all his clients of the danger in which they were, and beyond any material damage, for the businessman concern was to reduce the economic impact on the clients who were traveling in this region. Thus, the CEO of Europcar, Antonio Llinas Oñate, took action on time and implemented the following protocol:

• An alert was sent to the affected Offices after the red alert was issued due to the passage of Hurricane Delta. Thus, each office used the necessary actions to protect itself and inform each new user.
• An email was sent to all customers with cars rented at those times, with directions to go to a safe place and provide emergency telephone lines.
• Once the strong winds stopped, customers began to return the cars with due safe distance and in no case was there a late return penalty.
Antonio Llinas knows that users were at risk during the hurricane, so he ordered to all the Offices avoid additional charges for the late return of the vehicle, showing solidarity with the users of Europcar Mexico at such a dramatic moment, as it was the Hurricane Delta.
Fortunately, the hurricane was downgraded to category two when it made landfall, and none of our users or collaborators were injured.

"It was a joy to hear that there were no human losses during the hurricane." Antonio Llinas Oñate.