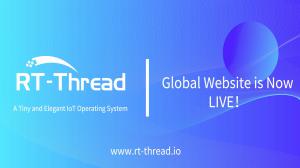 RT-Thread studio has an easy-to-use graphical configuration system and a wealth of software packages and components resources. Also, RT-Thread makes Studio community version forever free to use and the related tutorial videos are available for viewing on RT-Thread Youtube. And this article will go through the main features of the RT-Thread Studio development tool.

-Easy-to-use graphical configuration interface & code generation
RT-Thread has rich reusable components, those components can be arranged from top to bottom, and present them in a pattern layered in the architecture diagram. All commonly used components have corresponding icons that can be easily operated with the click of a mouse. When saving the Configuration Settings it will automatically generate all the code for you.

For example:
One-click to switch component module.
Right-click to view the dependencies of components, API documentation, and view the online tutorial videos.
Double-click to open the detailed configuration of the component graphical configuration, which greatly reduces the threshold of using RT-Thread, even if you're new about RT-Thread, you can easily get started.

– Easy to download program and debug
To be closer to developers' usage habits in using MDK/IAR, RT-Thread adds the functionality of one-click download and debugging, as well as supports ST-Link/J-Link emulators. Also, RT-Thread Studio integrates a variety of terminal tools, making it easier for you to view the logs, and what’s more, you can directly use the finsh command line on the IDE now.

– Software package market offers a variety of package resources
RT-Thread has offered a wide range of software packages, and we've innovatively used web interaction method to quickly sort the exact packages you want, by following these steps:
Search Package-View Document-Download Code
This is simplifying the software package usage process, giving you a development experience as if building blocks.