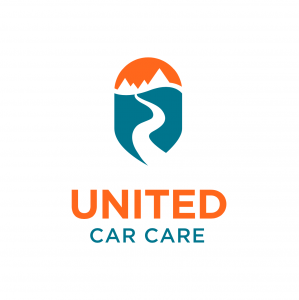 As a global industry leader in the automotive sector, China is on the verge of mounting economic effects due to the recent outbreak of the COVID-A9 coronavirus.

GREENWOOD VILLAGE, COLORADO, USA, March 24, 2020 /EINPresswire.com/ — The COVID-19 virus is greatly impacting the automotive industry. Wuhan, the epicenter of the outbreak and also home to major auto plants like Honda, General Motors, Peugeot Group, Nissan, and Renault, was forced to slash production until the country’s current crisis is contained.

Considering how many automotive industries rely on China to operate or boost flagship projects, their survival is slowly dripping down to accessible alternatives or ultimately a complete shutdown. Just recently, Fiat Chrysler closed one of its plants in Serbia after running out of parts sourced in China. Although this is the first incident, FCA’s spokesman announced a rescheduled production later this month. “Fiat is looking to secure future supply to affected components and production will resume in a few weeks,” the spokesman said.

“As the outbreak continues, it will be inevitably likely that global car supply chains will be affected,” stated vehicle service contract industry leader, United Car Care. Several major automotive suppliers like Faurecia, Bosch, ZF Friedrichshafen, and Valeo all have operational interests in China. In Korea, Hyundai allegedly shut down several production lines as the outbreak in China affected several of its supply chains.

“Everyone is having the same issues,” noted Dan Hersch, AlixPartners managing director for the auto industry. “The concern is that it could hit from anywhere at this point.”

Indeed, everything “auto” is being affected since the first reports of the coronavirus outbreak. Overseas suppliers are now being forced to get parts through air freights rather than ships. That will obviously have a toll on earnings, regardless of who ends up paying.

Several upcoming Trade Shows in Europe like Milan's fashion week and the Mobile World Congress in Spain have been canceled or rather postponed until later. Although they earlier announced to proceed, the Geneva Motor Show was also canceled (last minute) amid the rise in global COVID-19 cases. This comes as a big blow to a show attended by close to 600,000 auto experts and enthusiasts. Automakers expected to attend the huge European event were forced to unveil their cars online.

It is apparent that the outbreak will continue to plunge into the auto industry’s economy and it will take some time for crippled industries to go back to normal levels. Researchers like Moody had to revise their earlier 0.9 percent estimated fall in the global market to a whopping 2.5 percent, all directly attributable to coronavirus.

“Even companies that seem to have minimal reliance on Chinese suppliers will almost surely contain companies that heavily depend on China’s output,” Simon MacAdam, an economist at Capital Economics said. “It only takes challenges in the production of on low-value, but crucial, part to bring the higher-value, overall production down to a stop.”

United Car Care vehicle service contracts offer reliable protection at an affordable cost, which is exactly what consumers want when looking for mechanical protection for their vehicles. Their product is backed by an A-rated insurer, thus providing their contract holders with the utmost security.

United Car Care has earned an A+ rating with the Better Business Bureau, which speaks to the way they do business—with integrity. They are proud of the fact that they have had over a million satisfied customers as well as many long-time relationships with their dealers and agents. These relationships are a true testimonial to United Car Care’s core values: quality, dependability, and customer service.