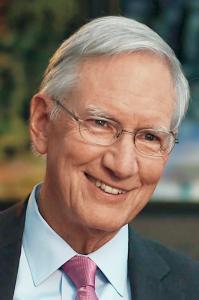 Tom Peters is one of today’s foremost management thinkers

FORT MYERS, FL, US, August 21, 2019 /EINPresswire.com/ — Reliabilityweb.com® has announced that Tom Peters, one of today’s foremost management thinkers, will give a keynote address at the 34th International Maintenance Conference (IMC-2019), held on Marco Island, Florida, December 9-12, 2019. Following his keynote, he will participate in additional events including a panel discussion and audience Q&A, an executive meet & greet and a podcast.

Tom Peters, who has been described as the “Red Bull of management thinkers,” is one of the world’s foremost management gurus. He holds multiple degrees in Civil Engineering (Cornell) and Business Administration (Stanford), as well as many honorary doctorates from institutions worldwide. He has served in the U.S. Navy, including two deployments to Vietnam, and has worked at the Pentagon and in the White House. He joined McKinsey & Company in 1974, became a partner in 1979, and was co-founder of McKinsey’s Organization Effectiveness practice. After leaving McKinsey in 1981, Peters founded Skunkworks Inc. and The Tom Peters Company.

In 1982, Tom Peters co-authored (with Robert Waterman) In Search of Excellence: Lessons from America’s Best-Run Companies, and introduced business to the notion of Excellence as a state of mind. In Search of Excellence has been widely hailed as one of the most influential business books of all-time. His other best-selling titles include A Passion for Excellence (with Nancy Austin); Thriving on Chaos; Liberation Management; Re-imagine! Business Excellence in a Disruptive Age; and The Little Big Things: 163 Ways to Pursue Excellence.

Tom Peters regularly appears on lists of the most influential thinkers worldwide. He has given more than 2,500 speeches in 67 countries, reaching an audience of over 5 million people. His 17 books and 12 e-books have combined sales of more than 10 million copies. In addition, he has authored 600 syndicated columns and 3,000 blog posts, and he has 130,000 followers on social media.

Since 1999, Reliabilityweb.com discovers and delivers information on approaches that make the people we serve safer and more successful based on three lines of business: