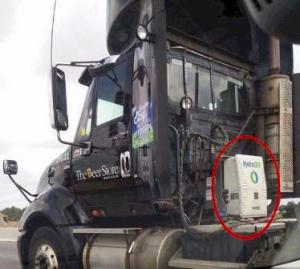 NEW YORK, NY, UNITED STATES, April 15, 2019 /EINPresswire.com/ — Having developed next-generation Carbon Emission Reduction Technology for diesel engines that also provides significant fuel savings to the operator, dynaCERT Inc. (TSX-V: DYA) (OTC: DYFSF) (Frankfurt: DMJ) with their recent confluence of activity, is positioning its tech toward large-scale adoption globally. Below is a brief overview of dynaCERT’s HydraGENTM (HG) technology, recent noteworthy accomplishments, and imminent expected catalysts. Market Equities Research Group has this week issued a Market Bulletin Advisory, stating “Bear in mind when reading the following overview that ~16,000 in HG1 unit sales translates into ~C$100,000,000.00 in revenue with healthy margins – needless to say, with global demand potential for HG units in the multi-millions of units, a rapid price move in the share price of DYA.V toward $3/share has distinct near-term reality potential. dynaCERT had news (April 11, 2019) that it has secured its first Ontario Canada trucking fleet order, although fruitful field testing by various fleet operators has occurred before, this is the first ‘fleet-wide’ adoption of dynaCERT’s technology in Ontario and a harbinger of heightened awareness and a nascent snowballing-effect underway – an acceleration of this trend will translate into exceptional returns for investors establishing a long position now.”

Recent testing of HG1 units for diesel transport trucks: High-level validation testing of HG technology in Germany yielded proven emission reductions in NOx of 88%, reductions in CO of 50%, and reductions in particulate matter of 75%, all while saving up to 20% on fuel costs – these results are unmatched by any other current technology. NOx is extremely hazardous to people's health and to the environment, contributing to the formation of smog and acid rain, as well as deteriorating the earth's protective tropospheric ozone. dynaCERT has also received validation from PIT Group in North America, and notification of certification for India and South Asia markets from the International Centre for Automotive Technology.

Technology that pays for itself (operators save up to 20% on fuel costs): Recent TUV and homologation testing revealed that while the dynamometer test showed a 8.9% fuel savings, separately, during the on-road break-in period after the baseline test, the on-board diagnostic (OBD) record of the 2018 MAN TGX 18-460 long haul truck with an HG1-45B showed a 20.1% average fuel savings for the 188 hours of tests, travelling through the mountainous terrain of southern Germany in a heavy load commercial operation.

Noteworthy arrangements and trials that could translate into a major snowball effect in orders: Government of India is moving forward on sizable initial orders from two of twenty nine government states. The government of Austria is proceeding with a plan to equip all state-owned diesel-powered vehicles with HG Technology. The mining industry is now entertaining orders to service extra-large industrial equipment, and this week dynaCERT announced it has entered into an agreement with an underground mining equipment manufacturer to adapt HG technology to build a safe, healthy and positive environment to the underground mining industry and its personnel.

Noteworthy appointments and dynaCERT at the fore of coming carbon credit market(s): This March-2019 dynaCERT announced that it has initiated the world-wide process of Carbon Credit applications for its HG technology and engaged International Environmental Partners Limited of the UK, a carbon credit advisory and trading house with global outreach. dynaCERT’s Smart-ECU (the brains of the unit) interfaces the trucks engine to determine the proper flow rate of gases to optimize the burn, it also records the fuel savings and emission reductions while in operation, providing an audit trail, essentially a greenhouse gas tracking system with the ability to account for future carbon credits. dynaCERT has several related worldwide patents. Additionally, the appointment of FinTech Pioneer Brian Semkiw to dynaCERT’s Advisory Board will be helpful if digital blockchain tokenization is proposed as part of the audit and exchange solution.

Other noteworthy individuals associating themselves with dynaCERT in an Advisory and/or Directorship position: 1) David Bridge, one of the original developers from Virgin Mobile, and also formerly of Research in Motion (known for the Blackberry), 2) Michael Christodoulou, the former President of Cummins Diesel Canada. 3) Mr. Frank Klees, a Progressive Conservative Member of the Legislative Assembly of Ontario from 1995 to 2014 where he held numerous important positions including Minister of Transportation, Minister of Tourism, Chief Government Whip, Deputy House Leader. The list of high caliber individuals associating themselves with dynaCERT is extensive – see the Company’s website for a complete listing.

dynaCERT’s HG1 product line is being well received and the Company is seeing repeat business from many satisfied clients expanding use of the technology in their fleets. dynaCERT is also continually active growing awareness; here is a sampling of recent/upcoming trade shows it has presentation space at: March 28 to March 30: Mid-America Trucking Show, Louisville, Kentucky, April 1 to April 5: Hannover Messe, Germany, April 11 to April 13: Montreal ExpoCam Show, Canada, April 8 to April 14: bauma in Munich, Germany.

Two noteworthy upcoming catalysts:
1) Official European ABE (ABE is a German acronym for ‘official notice of approval’) certification licensing for dynaCERT’s HG technology is expected to occur imminently. ABE will allow the HG technology to be sold into Europe, where dynaCERT has already primed the markets.
2) HG2 launch imminent: dynaCERT has developed a smaller HG unit (the HG2) for refrigerated trailers and containers (a.k.a. refers). The HG2 is something dynaCERT was requested to develop by a major grocer in Canada. dynaCERT is expected to launch the HG2 in Q2-2019, and the size of the refer unit market in North America is three times larger than the transportation truck market.

In the future dynaCERT is looking at expanding HG technology to shipping and rail, plus its product is scalable.

For further DD on dynaCERT:

Content herein is not a solicitation to buy or sell securities, only opinion.